The English are known for their ‘stiff upper lip’, among other attributes. The Hourly Terrier is attempting to change this stereotypical notion with its very own brand of humour. What you then get is a closer look at the happenings in the land of Queen Elizabeth, but through a satirical lens.

Move Over Fish And Chips

The UK has been finding itself under a major spotlight with its decision, albeit unpopular, to break away from the European Union. But that’s not the only thing that you can poke fun at, believes The Hourly Terrier. The website is a collection of news stories, mostly carrying an English focus, and coloured with a general dose of satire and humour. No one and nothing escapes the eagle-eye vision of the Terrier; a kind of Sherlock Holmes in magazine form.

Right from the politicians responsible for ‘Brexit’ to the much-reviled football hooligans, no topic is too boring or taboo to make fun of. 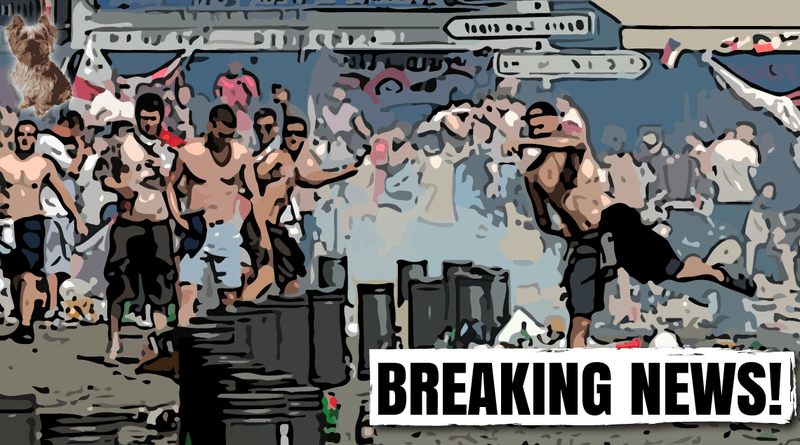 For instance, take their news article on the football hooliganism that took place during the Euro Cup. The Terrier claims that the actions of a ‘radical few’ have just proved that the entire country is filled with violent citizens. You don’t need to be English to appreciate the laughable humour on display in this article. You will certainly feel good after reading it.

Another article that is worth mentioning is their list of the ten quietest beaches in the UK. What people may not know is that the cold English weather kind of renders the beaches there redundant. The list simply pokes fun at the already desolated beachside.

Reaching Out To A Global Audience

Beyond the focus on all things English, The Hourly Terrier is now reaching out to a wider audience by including topics from across the Atlantic – especially the US. This should help the website broaden its appeal and attract more visitors.